What I Didn't Show You

March was a pretty good month overall. Just a few wintery days and one little slip in the hubby's health battle, but that seems to be taken care of now too.
I know a lot of people like March, but  me, I like April better, when spring really does arrive. Thought I would show you a few photos I took in March before the month winds down and disappears into the annuals of history.
Most of them look kind of grey, but March was kind of grey in my piece of the world.
Foggy in these 2 first photos, but the ice went out on all the local lakes including the big lake near me, Lake Winnipesaukee. Earliest ice out in recorded history here for us. :)
I kind of like how the clouds settled into the hills like that. 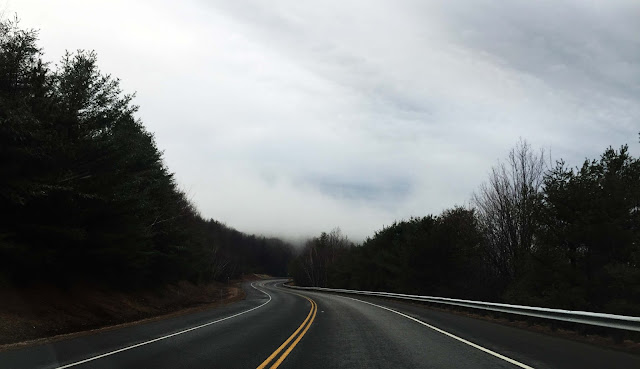 There are small mountains behind that low cloud. In my area the mountains are 3,000-4,000 feet high for the most part. If you go a little bit north of me they are 5,000-6,000 feet, with the highest in New England, Mount Washington. Not high compared to lots of places but it has some of the worst recorded weather and strongest recorded winds in the US.
Yup, I wouldn't say so if  it wasn't, 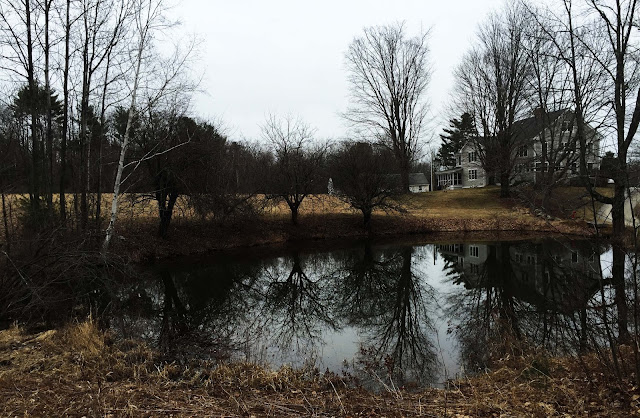 LOVE this reflection on a grey Sunday morning. I want this house behind the pond; it is on my someday dream list to own it. Or at least it was until I heard that the people who do own it (who are Germans and use it as a summer vacation home) spent over $750,000 to renovate it.
Oh well, I can dream. 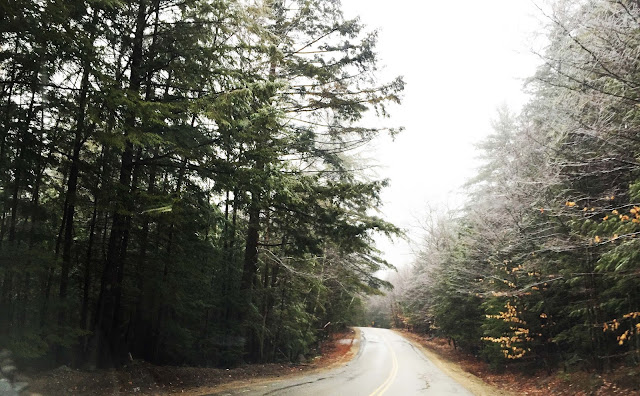 A little ice on the trees. But it was pretty. 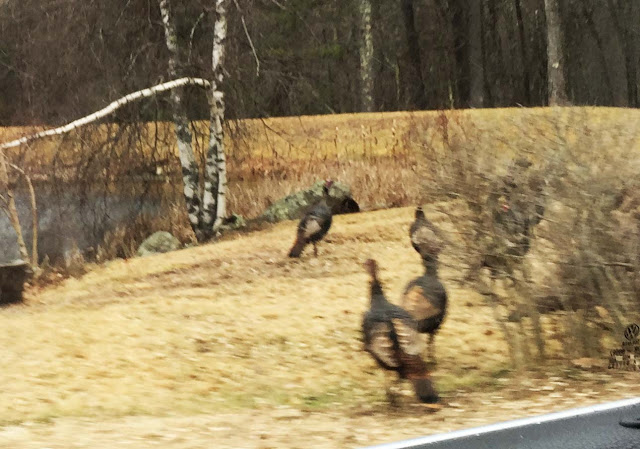 How about a few very out of focus turkeys that roam wild around my town. Sometimes they even make it over to my house, You never know when you may come across them driving through town, as I did here back in the middle of the month. 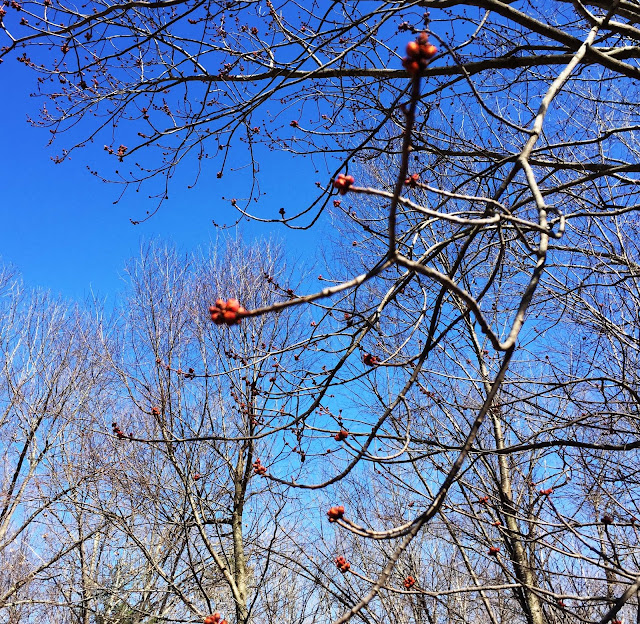 Yes- blue sky. And big buds on the sugar maple tree in my back yard. 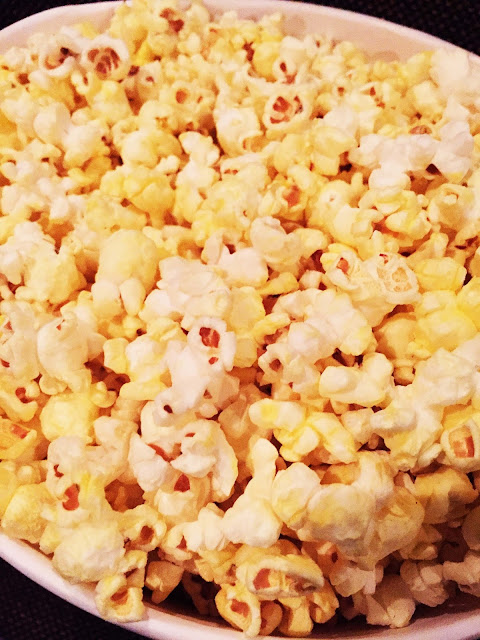 And a movie isn't as good if you don't share some popcorn with no butter. 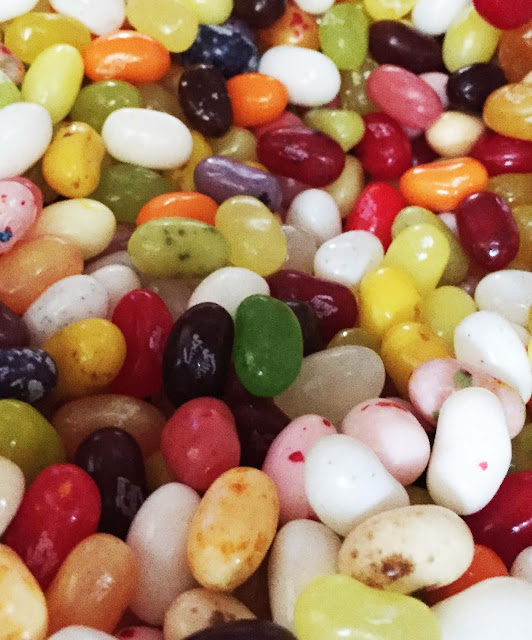 And it isn't Easter without a selection of jelly beans.

Plus I am hooked on reading non-fiction right now and here's my latest read that I just finished. 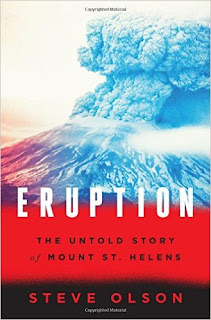 Mt. St. Helen's is in Washington state and erupted in 1980. I was in college at the time and remember we all watched it with interest. Then a couple of summers ago we went to Seattle on our summer vacation and we took a road trip down to check it out.  It was really interesting. That is in fact why I bought (not even from the library) this book and have been reading it. Thought I would show you a couple of photos I took during our day's visit. 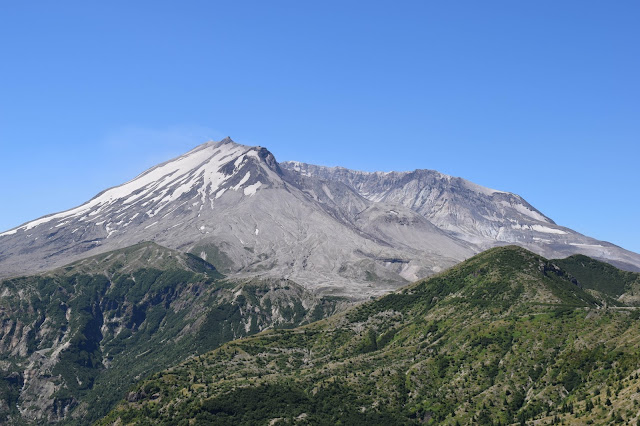 View from the north. The crater isn't very obvious but driving in from this direction you can still see all the trees that blew down and were killed from the blast cloud. 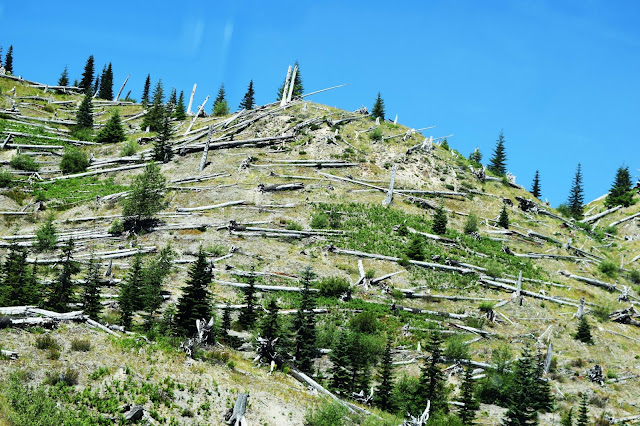 Some new growth around all the carcasses of tree that went down in the blast zone. I love that after 34 years we could still see them. 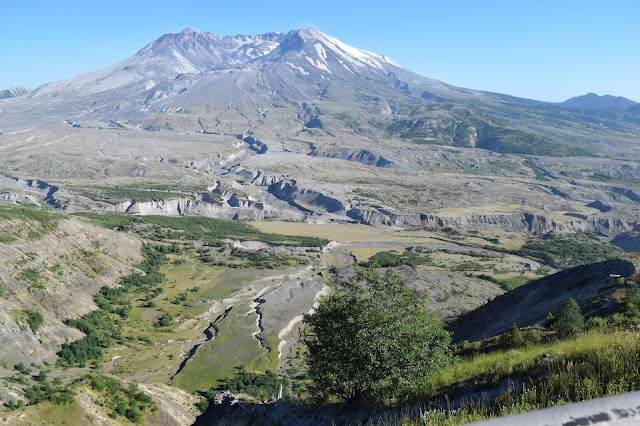 The south west side. This is where the mud flows and ash deposits were huge. You can also see the crater. The visitor's center here had a film and when it finished they opened up a big curtain and this was the view. It was pretty impressive.
The only way to go from one side of the mountain to the other is to drive and drive and drive back out and then south. I want to say it took us a few hours to go from one view point to the other (yes, it was that interesting so we did it), but also stopped for lunch in between and it was a couple of summer ago. 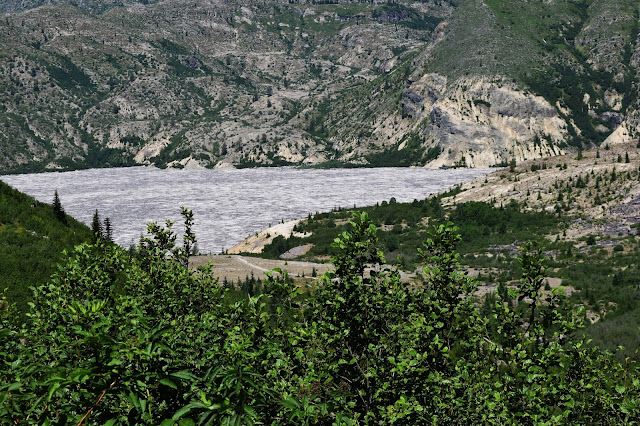 Pictures of Spirit Lake before the blast show a pretty and pristine evergreen forest with the  glacier covered volcano in the background. There were cottages and even a lodge around the shores. The perfect vacation spot before the blast. Now it is hard to even tell it is a lake. It looks like it has ice or snow on it in this photo, but those are trees that actually got washed into it  during the blast, They are still floating. You can see in those 34 years it did green up quite a bit too. 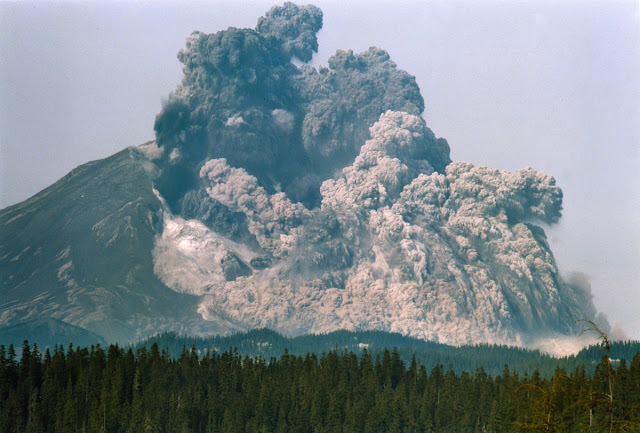 Here's a famous photo of the blast that I borrowed the internet.
Still looks very frightening to me.
The book talks about the people who survived this because they were in the vicinity when it exploded in May 1980. Some of those stories are pretty amazing. I obviously enjoyed the book and hope you enjoyed my little recap.
Anyhow, I think I've written enough.
Thanks for stopping by for a visit.

That photo at the top of your post held me for a while before I could leave it to keep reading :) That book sounds fascinating! I remember the event and have seen a few photos, but it must be staggering to see it in person.

Thanks for the photos of the Mt St Helen's area. It's hard to believe it has been that long since the eruption. It seems like yesterday. Everyone was so stunned with disbelief that such a thing could really happen here in America.