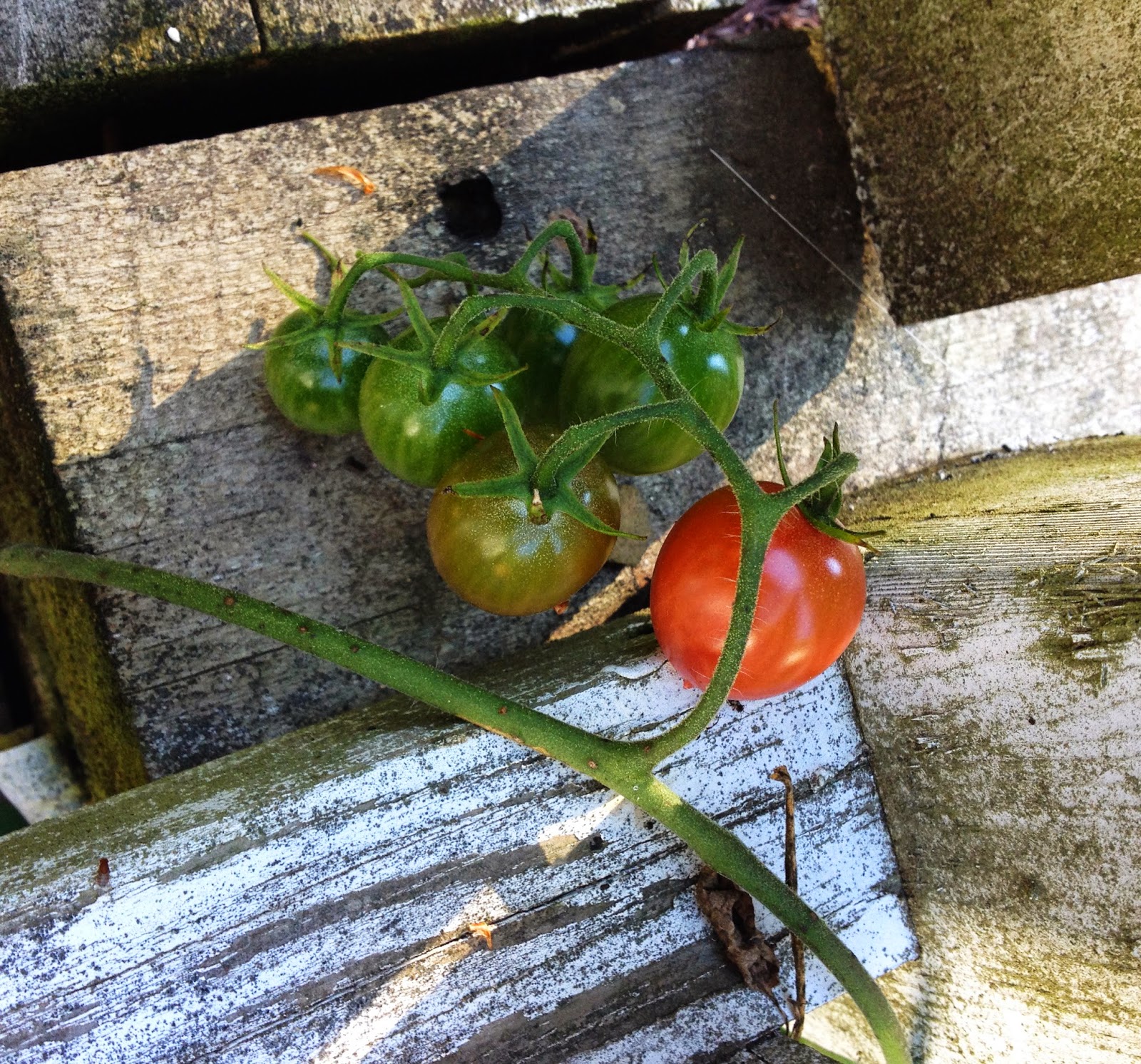 I have to say my veggie garden has been a success this summer. Except that my tomatoes seem to keep splitting and rotting right on the vine (anyone know what causes this?), everything seems to be growing and producing serious produce. Even my tomatoes have been productive, even though it seems like I can't use 1/2 of them. 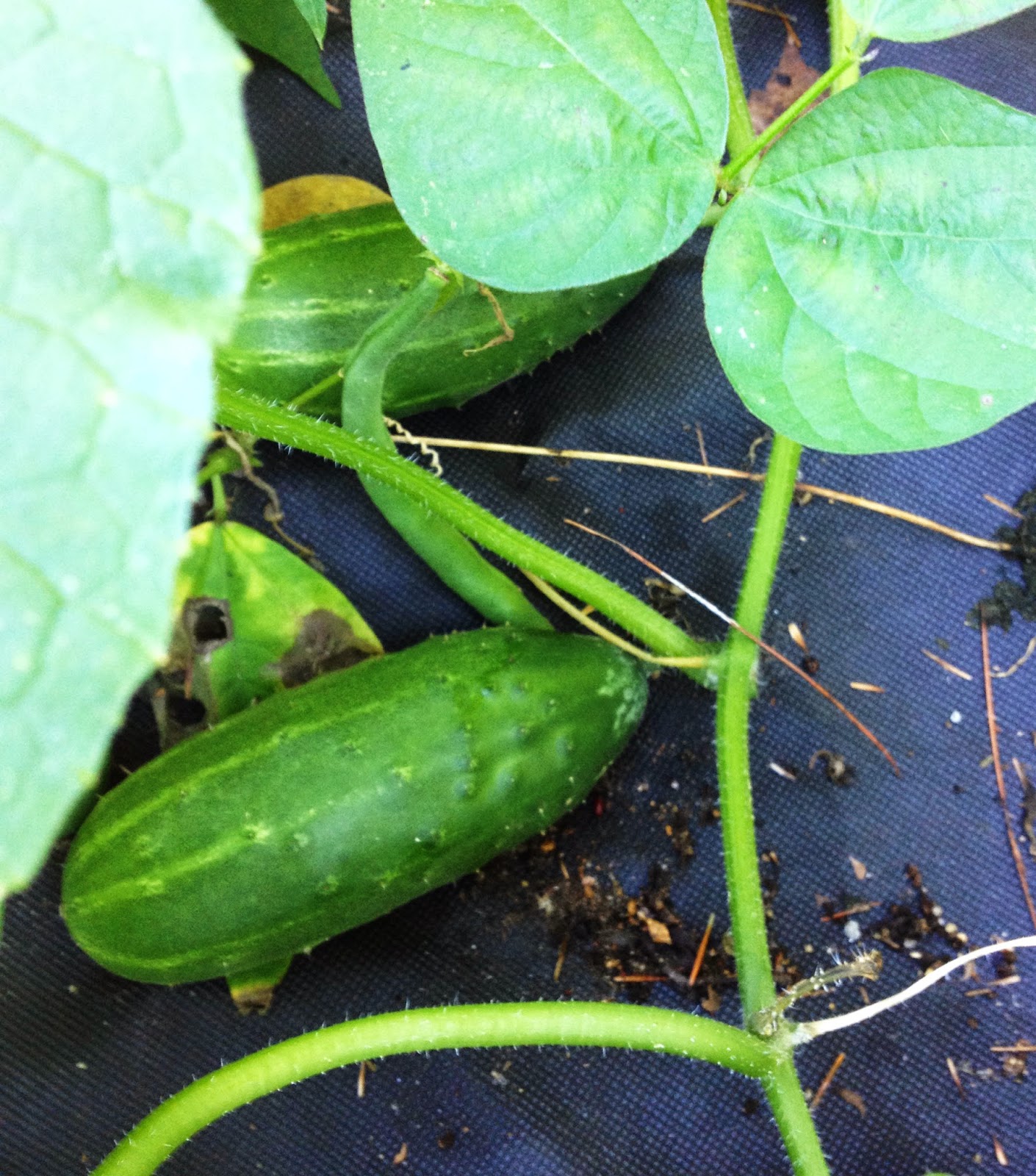 My cucumbers are really starting to produce right now. Hopefully I'll get enough to make some relish or more pickles. 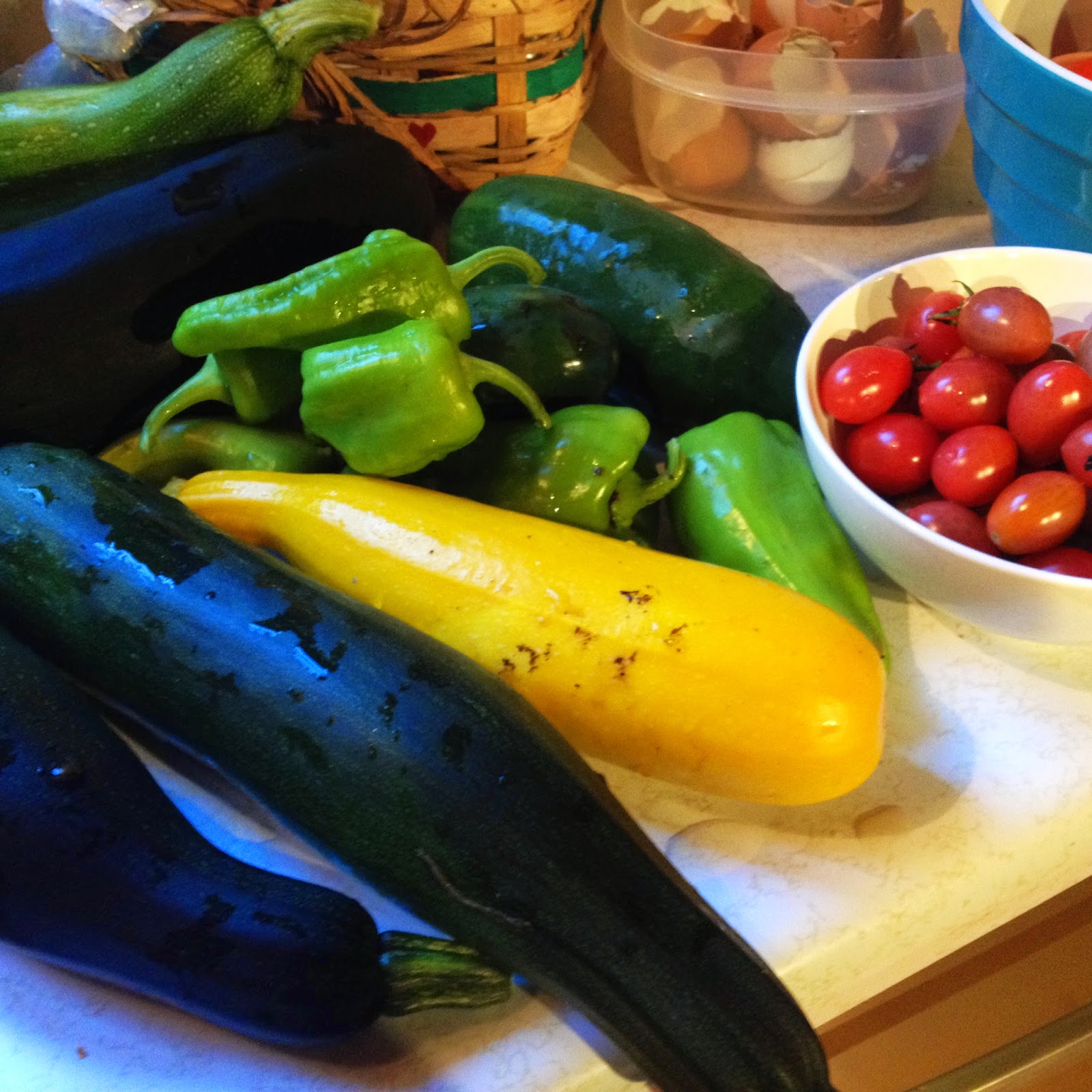 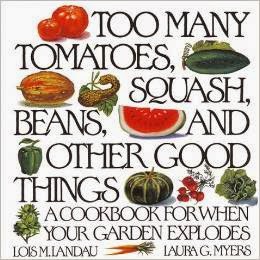 Well the chocolate chunks are my own addition. I noticed on Amazon that this book is now out of print( but there's still some available from used and other sellers).
The chocolate chocolate chip bread is a recipe my mom mailed me like 10 years ago that she got out of her local newspaper.
I found the same recipe online here: chocolate zucchini bread. 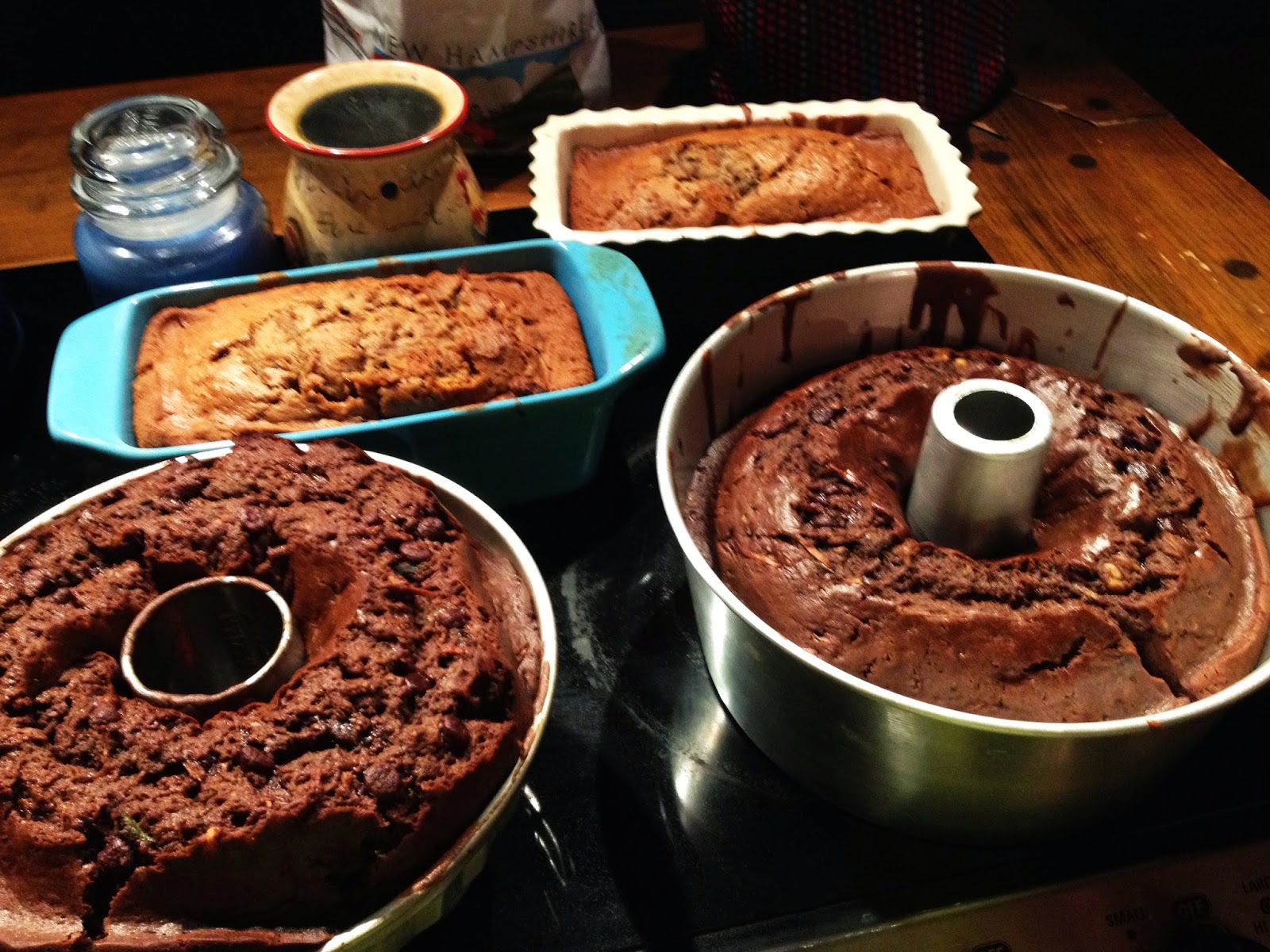 Good thing my daughter takes a couple of loaves home to her apartment and good thing for freezers. Both of these recipes freeze really well.
Yum!
Been really enjoying some kitchen creativity lately. Apple pie, pickles, zucchini bread. Got a few other things in mind too...
Have a great day.