Happy Sunday everyone. Its another very summery day here in New Hampshire.
Got to love it!
So today I have lots of photos-its kind of a long post- just warning you!
Photos, books, movies....and all that jazz.
So I survived Friday's trip into Mass General Hospital in Boston. I went through a round of tests and doctor's visits and still have a few tests left to complete with my regular doctor. Then we shall see if I am continuing on.
If nothing else I am getting a really good check up.
As I traveled down into Boston with my sister-in-law (who is also interested in being a donor), my daughter and one of her daughters, we took a walk down to the Hard Rock Cafe (one of my daughter's favorite places to visit) for a very late lunch (so late it ended up being dinner too!). I got a few snapshots while I walked. 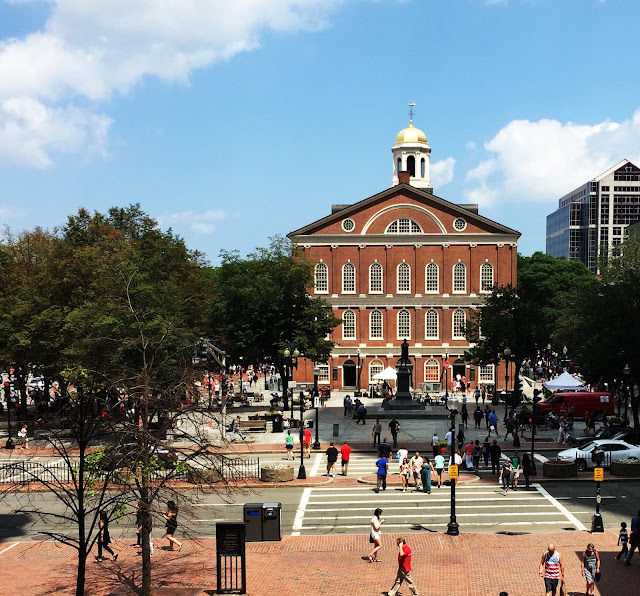 The Friday afternoon crowds at Fannueil Hall. I notice those bare trees on the front left.  Heard the gypsie moth caterpillars are around and eating a bunch of leaves off of trees. You can notice their damage here and there. 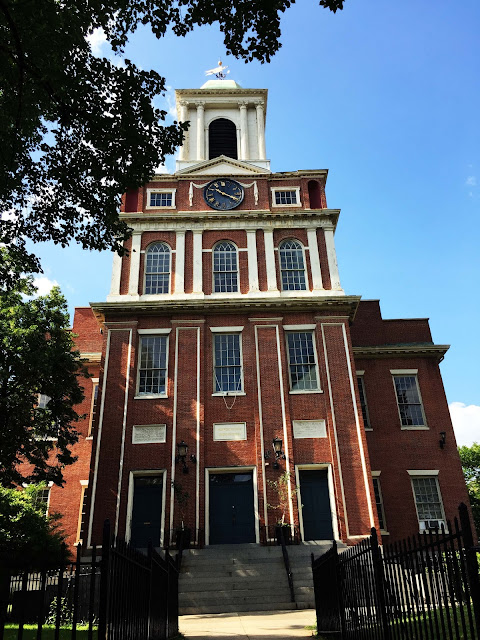 And this is Old South Church near the hospital. Love this old architecture interspersed with the big city growth.

And look at these fun cement barriers around a construction project. I wonder if they come that way or if some artist went by and just painted them.

Here's another section in close up. 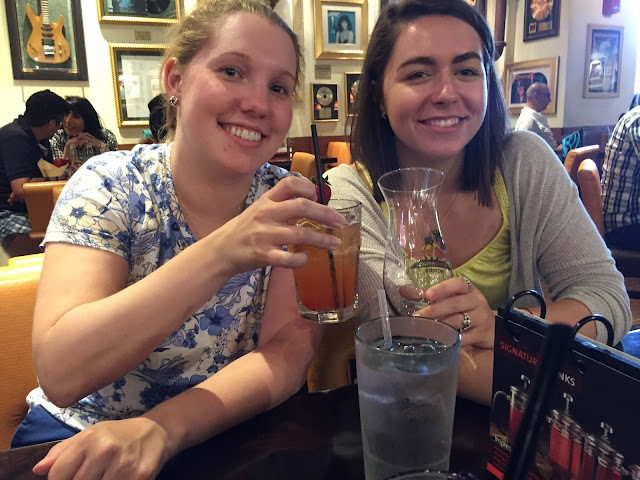 Here's the girls.  That's my daughter on the left. She's toasting with one of those fruity summer specialty drinks. 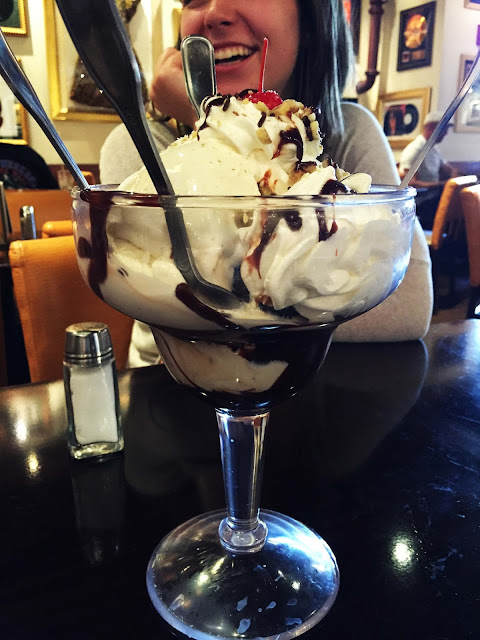 And this brownie sundae was big enough for all 4 of us to eat, and leave some behind too. 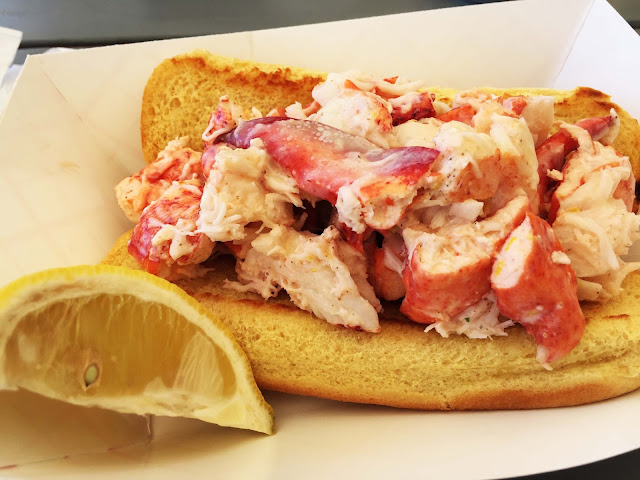 And yesterday before we went out in our boat I had one this fabulous lobster rolls at a local sandwich place called Lexie's Landing. We went last week so I could have one and they had just sold their last lobster roll. So yesterday instead of waiting for dinner  we went for a quick lunch. (Lexie's Landing is just a kitchen with some picnic tables out front. They have a small restaurant in Portsmouth too-nothing fancy their either, but their burgers, sandwiches and tacos are really really good). I love living in lobster land.
Otherwise I read 2 books and started a third one this week. 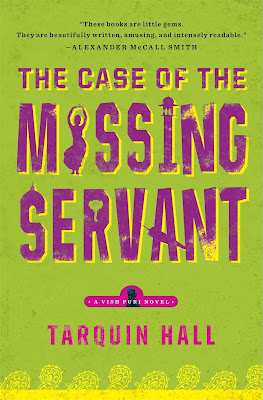 I am reading this now and enjoying it. It is set in India, and more of a fun, slightly poking fun at Indian society mystery series rather than a hard boiled intense read. This is the first one.
And I read this slightly quirky story about magic, love, science and life.  I really enjoyed this book. 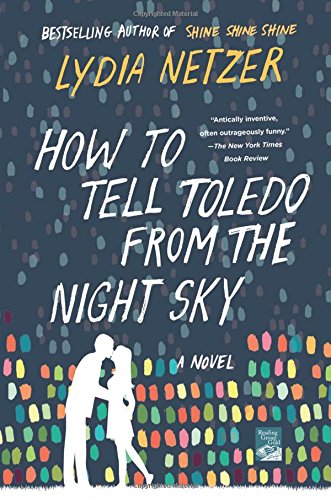 The general gist is these 2 friends planned their kids (1 has a girl and 1 has a boy) so their kids will grown up and fall in love with each other. They'll have the same loves and jobs and all that kind of thing. This is story about the kids and then their mothers (the friends)
An lastly I read about Harold Fry, which was such a good book. You've probably read it since its been out a bit, but if not, I highly recommend! And now the "sequel" about Queenie Hennessy has come out and I want to read that too. 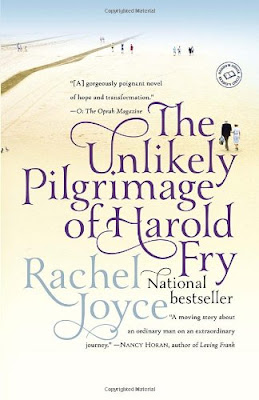 I've also been watching lots of movies lately at night, mostly old ones, but this past week I watched 2 that aren't ancient. The Trip, which had lost of impressions and some laughs, about 2 British men on a food critic's journey through Northern England, and also The Woman in Gold, about the woman who's family lost Klint's The Woman in Gold portrait during World War II and how she fought the system to get it back. The Trip was enjoyable and made me laugh. The Woman in Gold was really good, but I love Helen Mirren anyhow. My husband was home when I put on the Woman in Gold and he said he was probably going to fall asleep (which is par for the course for him at night-especially if its not a sci-fi movie with lots of women in tight space suits-ha-ha) but he stayed awake through the whole thing and even said it was a good film.
I also did some Shibori dying of fabric this past week-which I will post another day because I think I have said and written too much as it is.
So I will leave you here with last night's sunset at the marina where we always launch our boat. 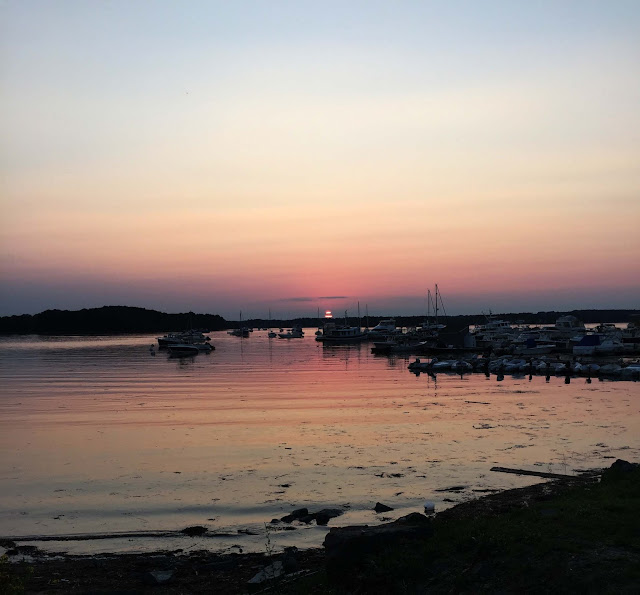 Have a great day!

What lovely photos, that old church most especially. And the art on those construction barriers are really cool indeed. Greetings!

Thanks for taking us with you! Great photos - and I would so like to taste such a lobster roll and the icecreamcup would be just right for me alone right now...lol!

Looks like it was a good weekend all in all. Love the photos, the last one is great. We have some of those caterpillars here stripping trees and bushes of their leaves. Hope your tests went well at the hospital, and have a good start in the new week. Enjoy your books! Hugs, Valerie