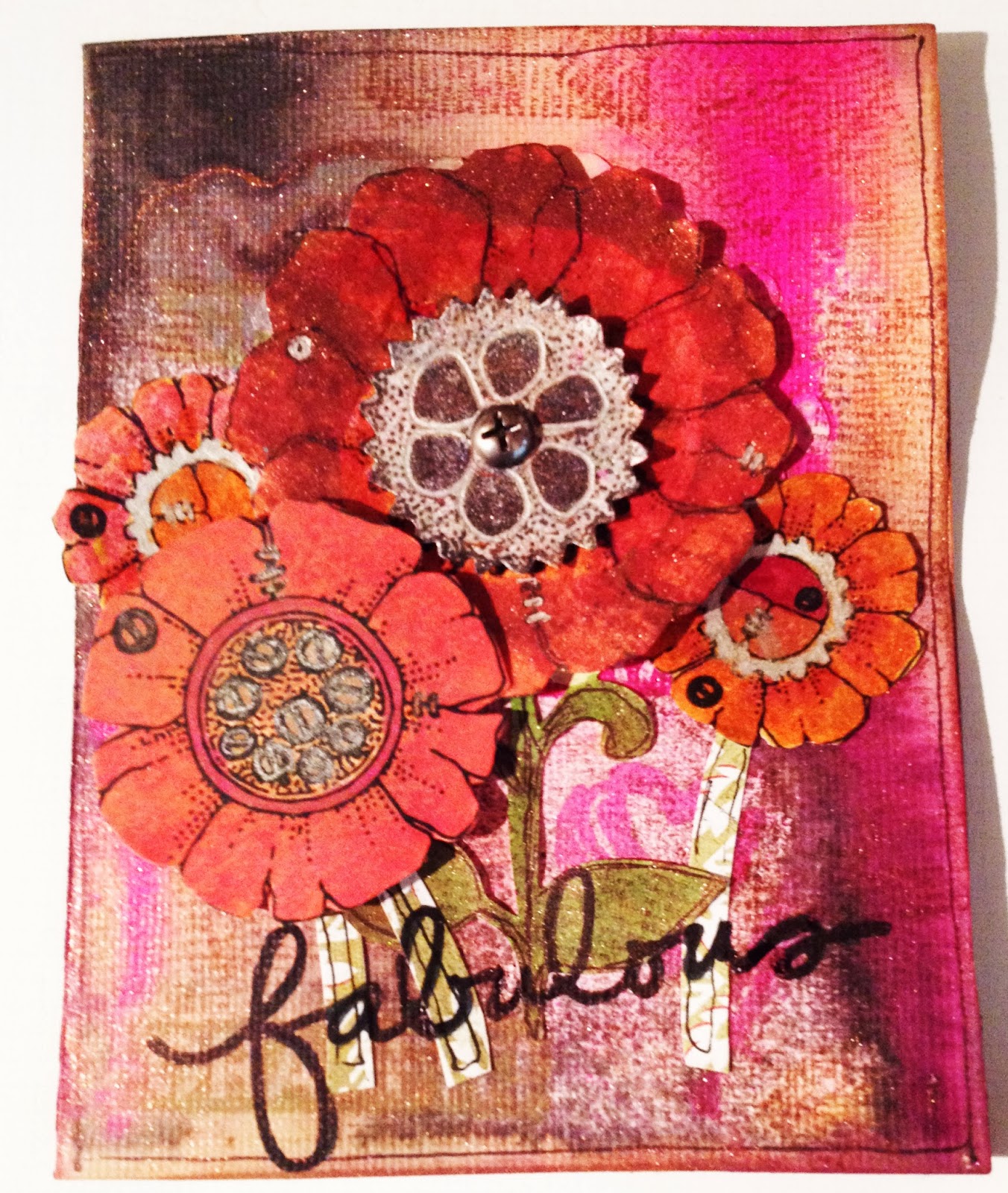 Another steampunk style card to go with the ones I showed you on Tuesday.
I'd actually started this card last summer, but never finished it.
Until this week that is.
So the background is made from lots of sprays and some background stamping. Then I made these stems and used flowers from this Chocolate Baroque set called Punky Flowers.

This is a great flower set.
Planning on playing with it some more since I am feelign rather steampunky lately.

So we've made it to Thursday.Always tough first week back after a vacation but in another way-
its good to be back into the routine.
They say creative people are more productive if they have a routine and a regular job, and that is so true for me.
Just sometimes wish the job was less of my time and the creative play part was more.
Its that grass is greener syndrome.

And we are almost back to the weekend.
Any big plans?
I have a hockey game and am visiting a friend, so
its gonna be a busy one for me.
Doesn't look like I'll get a lot of art time-
if only my less job more play was true!
Stop by again soon.