Yesterday the hubby and I went to Fenway Park in Boston. Fenway Park is home of the Boston Red Sox, this past fall's World Series champs. In the winter they've been building an ice rink out in the field and running something called Frozen Fenway. We went 2 years ago when the University of Maine (my college alma mater) played the University of New Hampshire. Then it was 55 degrees and we won the game in overtime.
Remember it is January and this is Boston. 55 degrees isn't unheard of but it isn't very usual. 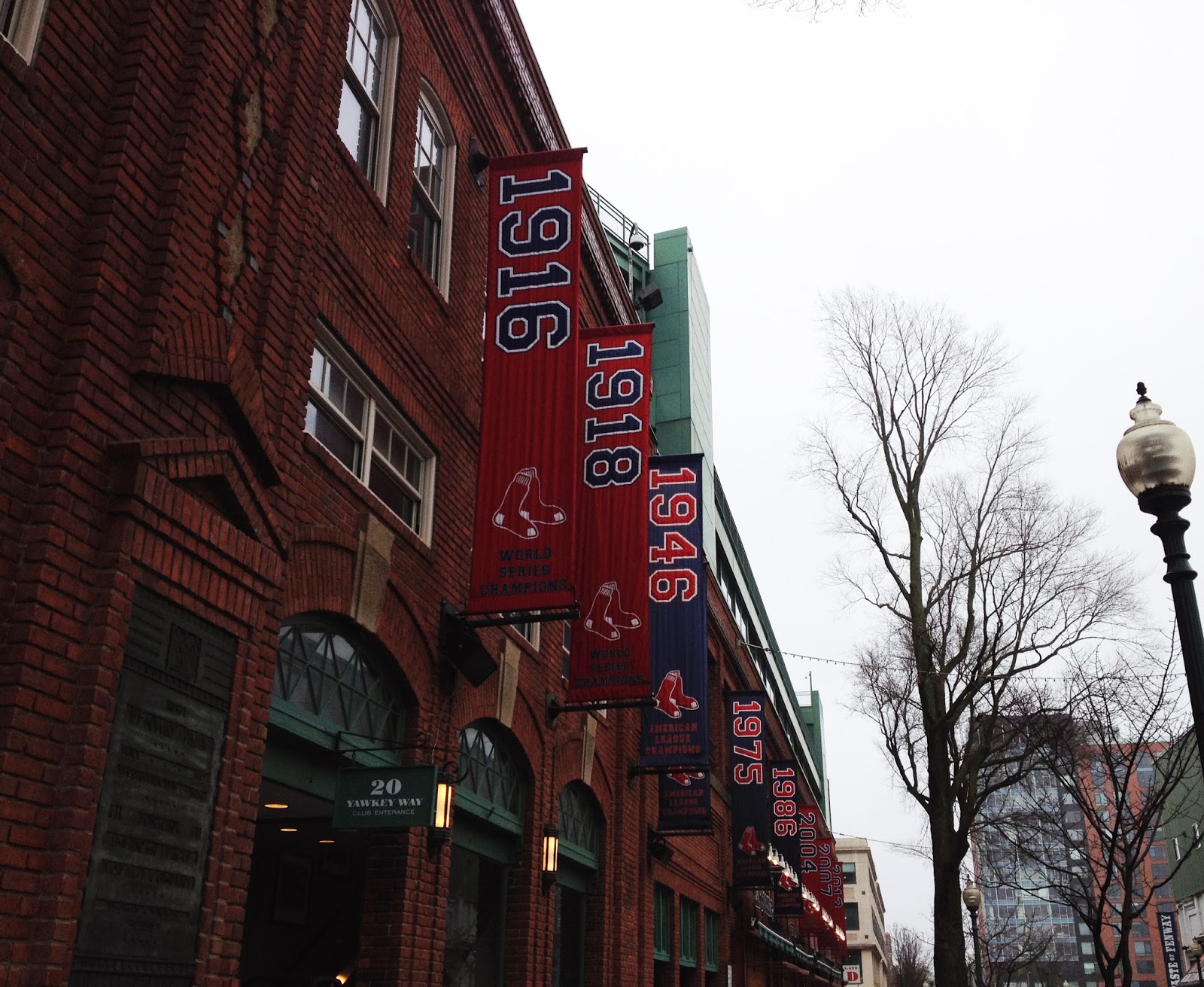 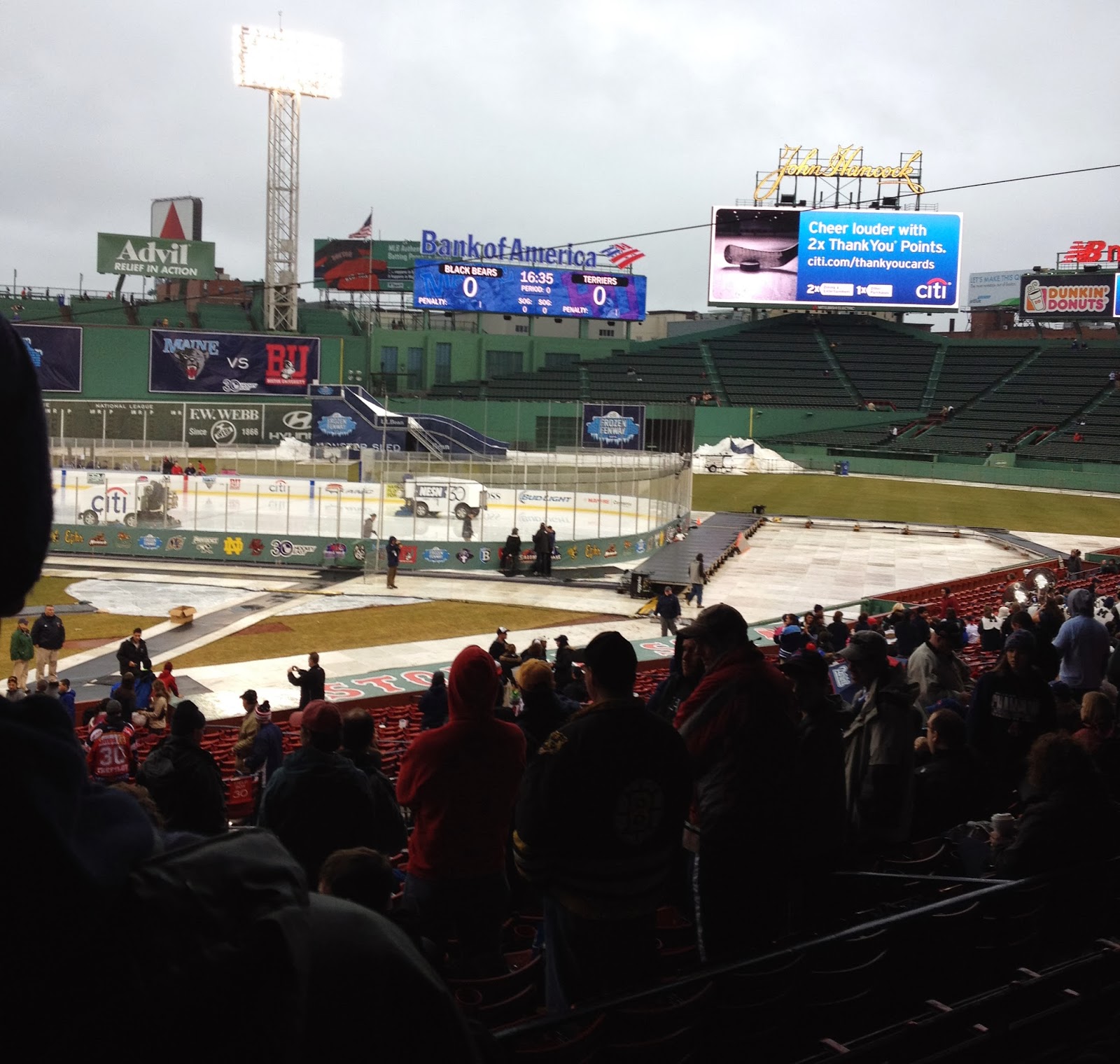 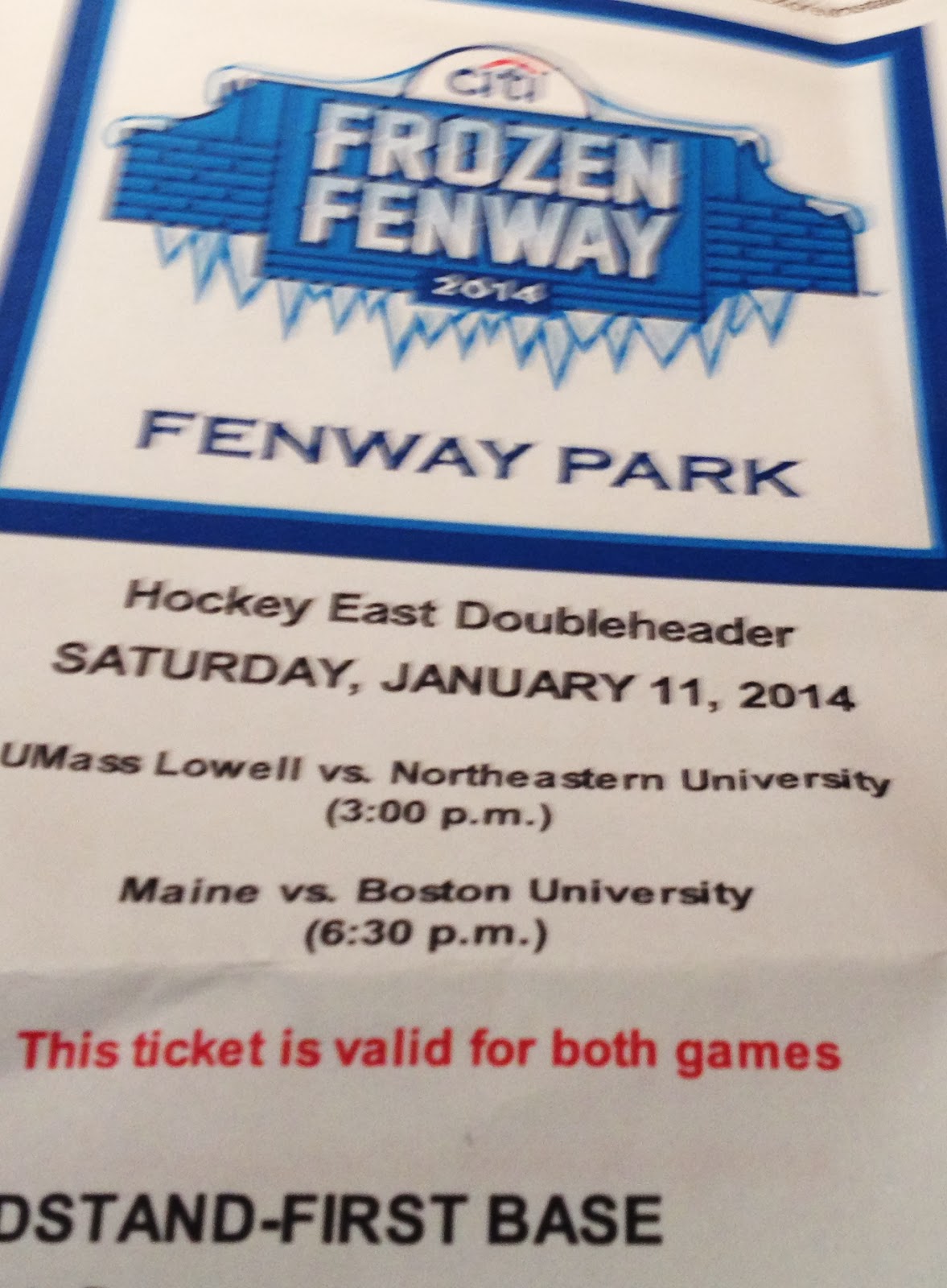 Last year Maine didn't play in this venue but they did this year, and we had bought tickets along with my sister-in-law and her husband to go.
We'd been watching the weather especially since last weekend when they had some games it was cold and then we had that polar vortex super cold...but now we're having a heatwave come through and once again it was warm.
This winter weather this year is so weird- hot-cold-hot cold. 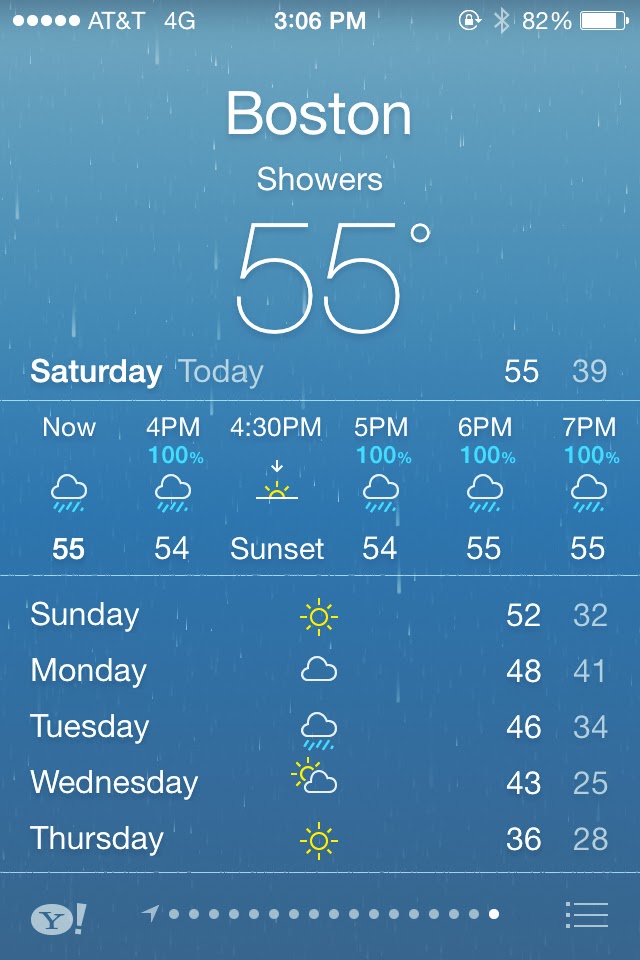 Rainy...but luckily we were in the covered grandstand seats.
But look, it was 55 (degrees Fahrenheit.)
I didn't even need my winter coat (with my rain coat over it). First hockey game I've ever heard of that had an hour delay due to a big thunderstorm. We were worried they'd cancel the game due to weather but luckily, it wasn't.
And even better
WE WON!!!!
7-3!!!!!!! 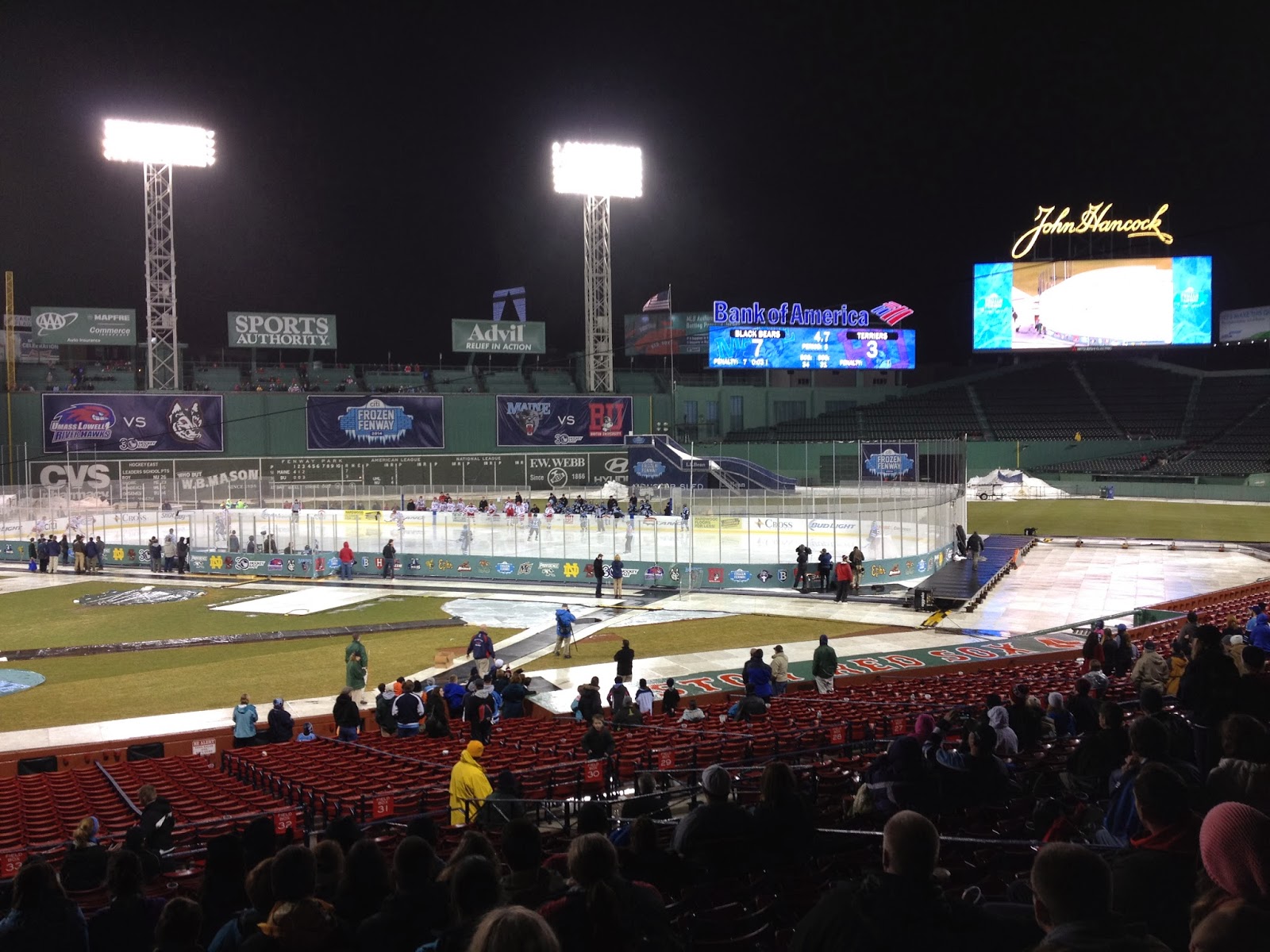 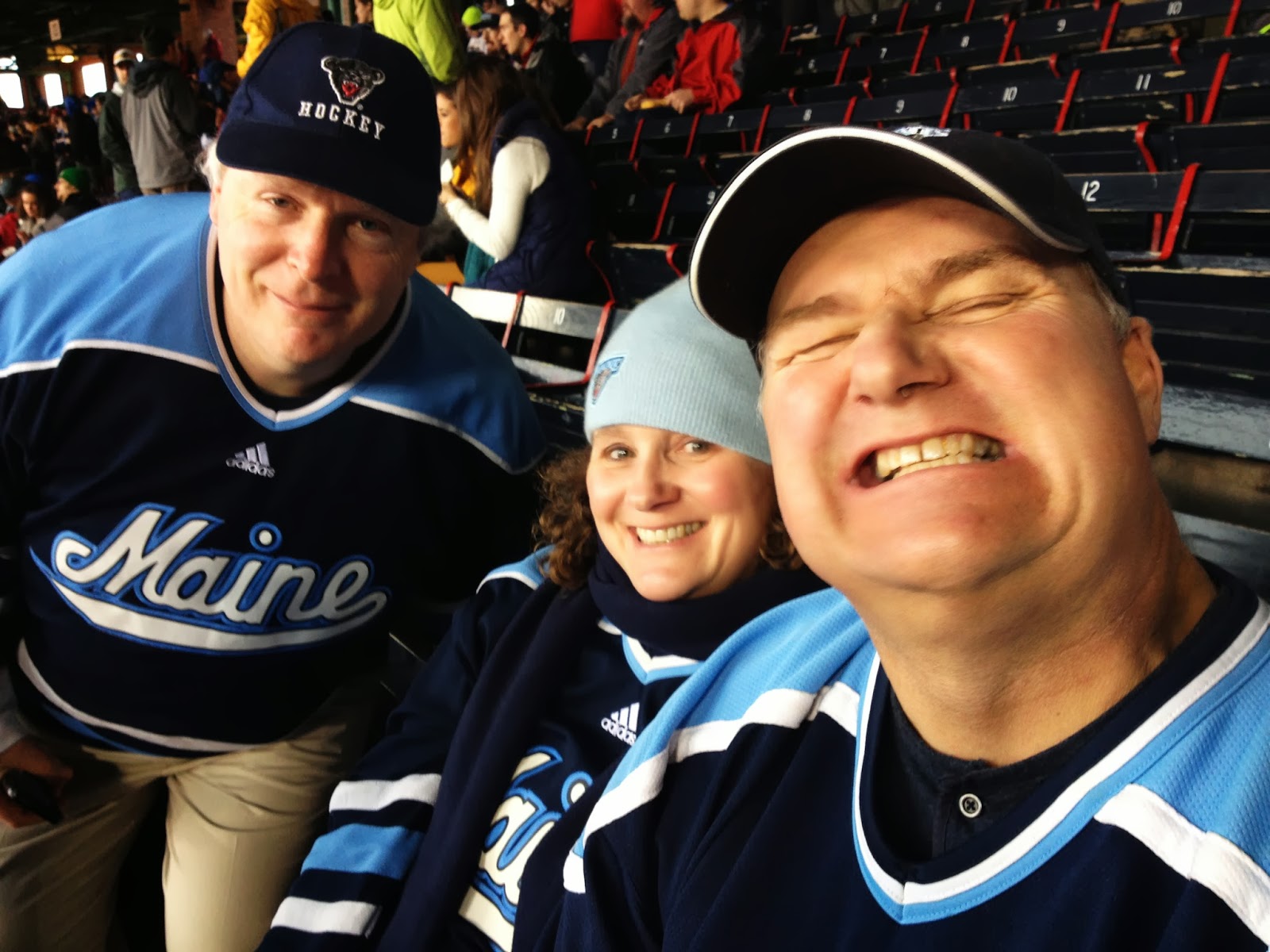 Not a fuzzy photo-that's rain coming down in the lights. 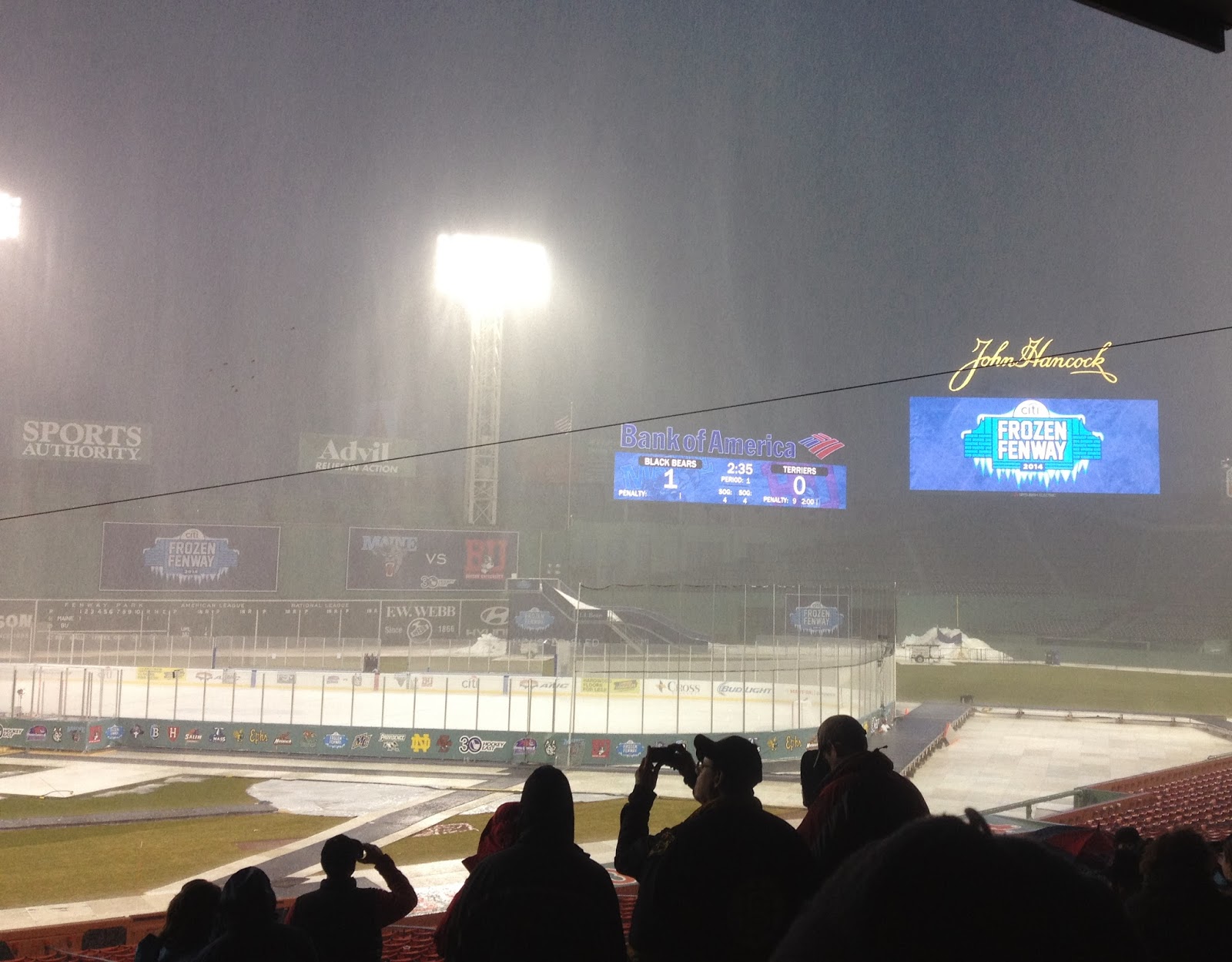 Glad  we were under cover.
Psyched we won.
The game in Fenway is always a lot of fun though not the best hockey venue.
Lots of cheering and the band is there.
Maine has the BEST fans in Hockey East- we're loud, rowdy and love our team.
And when there's a big crowd in their blue Jerseys, we make a big impact.
What a blast it was!