A Tag and Books

Hi everyone.
I want to start today's post with a tag for the Christmas  challenge at Tag Tuesday 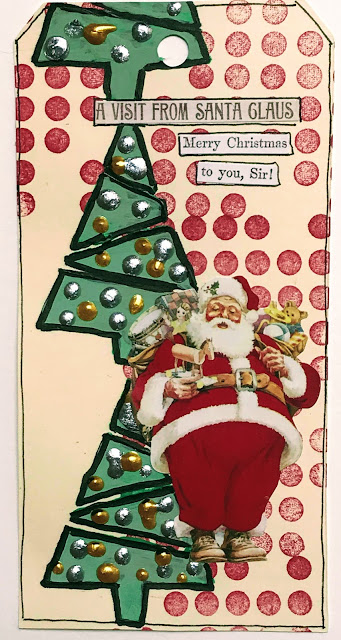 My holiday stamps are packed away in a box in my attic, not to see the light of day until probably October. But when I cleaned my happy place I found a shoebox with some ancient foam stamps. So I stamped some red dots and with a tree stamp I stamped some green trees. I then outlined the trees and added some gold and silver dots just to make them look like the holiday. And luckily I had a booklet of TH stickers out, so I added Mr. Claus and the quotes.

It is also that time to post my monthly book post for those of you who like book posts. It may not seem like I read and listened to a lot of books during July, but I was into big books. Three of these books were over 500 pages.
Also these books are not in any particular order, but I must say I enjoyed every book this month.

This is the last book I finished. 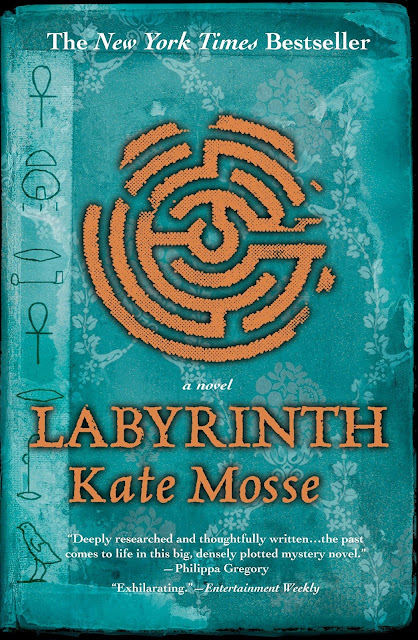 Thanks to Alison for mentioning it.  I like historical mysteries, and I have heard of the Cathars of Southern France but did not know much about them. There is also suspense, mysterious rings and books, the Holy Grail,  characters in both 2005 and in the 1200s in this novel. It very slightly reminded me of a Dan Brown book, but only very slightly. It definitely has its own fantastic style.  I really enjoyed this fast paced story that connects the present (well 2005 when it was written) with the time of the Cathers. I will be reading book 2 in this trilogy.

I sort of wish I hadn't read this book, Jaws,  again in the summer (even though it was a good, if not slightly dated story). There was recently a fatal White Shark death off the coast of Maine, and seeing we go boating on the ocean, hmm. It makes you think twice about jumping in to cool off. I read this book decades ago. And I watch the movie every summer since it is a favorite of mine. But this year I had the urge to reread it.
What I didn't remember is the differences between the book and movie. And the book definitely is dated but does it make you think about the US politics  with sharks in this book and the Federal Government's policy with the Corona virus now. 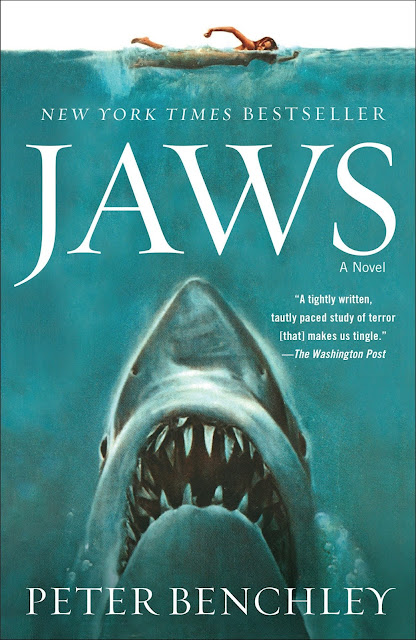 And I recently finished listening to this book, The Mists of Avalon.  It was really long-51 hours. The book is broken down into 4 smaller books, and I had listened to the first 2 awhile ago, so in July,  I actually only listened to the 24 hours of the last 2 books. This is a really well written story, and I am glad I listened to it. The characters are really well developed with a lot of depth. Morgaine, Genevieve, King Arthur, the Romans, the Druids, the Christians are all there, (as well as many others), and it is a peak into what it could have been like during this time period when the Romans left and Christianity was coming into its own place in Wales, Cornwall and England.  One critique I read said this book makes you feel like you were there at this time period, and that is so true. This is the King Arthur story from the female perspective.
I haven't read a lot of books that are considered fantasy, but this is one I had heard about over the years and decided to give it a try.
I have to say I will add it to one of my best books based on the writing and the depth of the story. 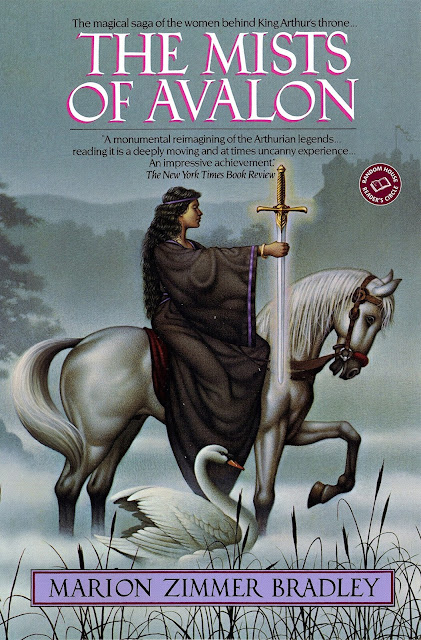 Now my shortest book this month was this fun also fantasy style story. I think it could be considered a teen book, but it was highly enjoyable. There are 3 high school friends, one who considered herself Cleopatra reincarnated. When she is murdered her other 2 friends get to go on an archeological dig in Egypt trying to discover some ancient Egyptian magic and help solve her murder. 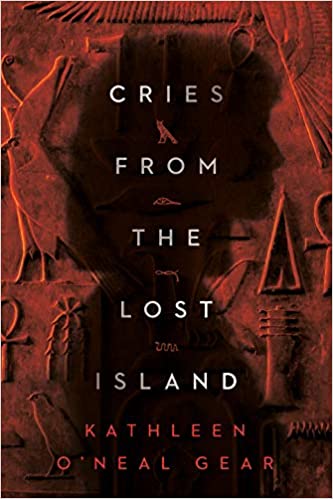 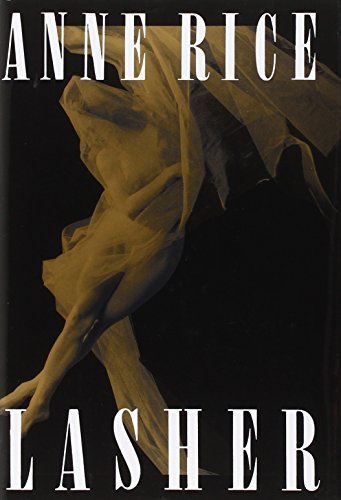 I had never read the rest of trilogy, and decided it was time to read/listen to  book 2. This story is not as Gothic and perhaps a lot more horrifying, with even some gory parts. But I have to say it hooked me, and I had a hard time putting it down. I think it is because I became invested in the characters from book 1. I must say some parts could have been shorter, and instead of 28 hours long it could have told the story as successfully if it was 22 hours long.  I had to stop when I only had 12 minutes left in the book for some reason, but I knew that those 12 minutes were probably some of the most important in the book. And they were. Setting up of course the final book in the trilogy.
I'm not really a fan of a lot of horror stories but this one, although having some bloody parts, was more scary because of the fact that a spectral creature  became a living human.

And now I am craving some mysteries and who knows what else might be read during August.

Hi Erika, thanks for making that lovely tag for Tag Tuesday, much appreciated! I like all of your book choices this time, except for Jaws, I will never read that again, ugh! I've been enjoying my audio books lately to ease the strain on my eyes. The only snag is, that I always fall asleep when I listen, so have to keep going back to find the right part again! Have a nice day, it's sweltering here!Hugs, Valerie

I love your jolly Santa on the Christmas tag, my festive stamps are all away too, but I need to get them out and join in this fortnight.
I've read most of Kate Mosse and really enjoyed the Labyrinth and follow ups in the trilogy, couldn't put them down!
Avril xx

Your tag is wonderful. Great minds DO think alike. I love your vintage Santa, too.

I would love the Mists of Avalon. It sounds wonderful, but LONG. I would also like the mystery with teens. I enjoy any mystery.

Right now, I'm waiting on the Mary Trump book to arrive. Sally ordered it for me (since I don't order anything online). I'll do a book review when I get and have time to read it.

Your book selection is interesting. Some years ago I did some reading on the Cathars and visited that part of France to see where they lived — very enlightening! THe Arthur legends never stop providing inspiration to new creations — we just watched “Cursed” on Netflix which really switches the old plots around but leave the characters. Arthur. Merlin. Utter. Nimue. Gawain. Morgana. And more.

Be well... mae at maefood.blogspot.com

The mists of Avalon is my all time favourite fantasy.

Best wishes for you.Sorry of my lack of visits. I am not much obline these days!!

I love your jolly santa tag Erika, it's very festive!
I'm so pleased you enjoyed Labyrinthe, you're going to love the other books in the trilogy too.
I remember reading The Mists of Avalon many years ago, I would love to re-read it. I used to love anything about Arthur and Guinevere. I read a great novel from Lancelot's perspective last summer, Lancelot by Giles Kristian, if you're interested.
Jaws isn't for me! Too scary :D
Happy reading,
Alison xx

Love your tag - must get on with one myself!
I haven't read Labyrinth yet but recently finished The Burning Fires by Kate Mosse - fascinating as it took place in Carcasonne and Toulouse, both places we have visited and is about the Huguenots.
I have just finished Five Quarters of the Orange by Joanne Harris again set in France (can you tell I'm missing our trip to France this year!) It was the most gripping story based in 2nd World War rural France with lots of for references. Kept me reading later than I should!!!
I'm about to raid hubby's Arthur book collection now as I'm sure I've seen The Mists of Avalon there!
Hugs, Chrisx

I'm not big on fantasy but I adored, just adored, The Mists of Avalon. I should read it again, despite its length because I loved it so much. I think it's here at the lake. If I don't get to it here, I should take it home again. Thanks for the reminder. I think I'd love the Labyrinth!

Oooo Erika he's a very happy Mr.C he's probably hoping we still remember him & keeping his fingers crossed that Christmas like many other things is not cancelled this year too.. Fabulous Tree's with those dotty baubles.
I'm a bit frightened of swimming in the sea and I think the film Jaws has a lot to do with it, even having a bath as a child caused problems for a while as I'd think he'd come up through the plug hole hee hee.. I'll just continue to enjoy it from afar & just dip my toes in ;) My Hubby is a big Horror reader, i'll have to make note of that author. Happy reading Hugs Tracey xx

Love your festive tag - that's a wonderful Father Christmas image - so round and jolly!

Interesting range of books in your round up. I have Labyrinth, but have somehow never got around to reading it. Maybe this summer...
Alison x

I've never seen the movie Jaws or read the book so am quite behind the curve on this. I liked the Mists of Avalon until the news broke about the author's history as a child abuser. I found it so shocking I could never look at her work the same way again. I still have never read anything by Rice, but she's on my authors-to-read list. I can't believe I haven't gotten to her yet!

Erika your tag is brilliant. Love the added texture, very eye catching. Thanks so much for joining my Christmas theme at Tag Tuesday this fortnight.
Pinky